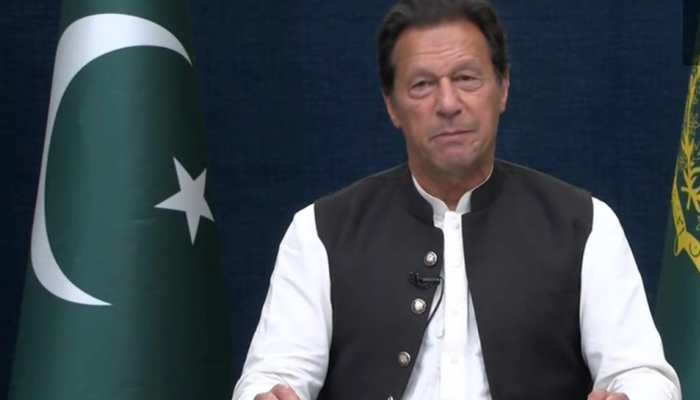 Addressing the nation, Khan said, “When I played cricket for 20 years, the world and those who played cricket with me saw that I play till the last ball. I’ve never accepted defeat in life. Nobody should think that I will sit at home. I’ll come back stronger, whatever may the result be.”

He said further, “When I joined politics, I had three aims – to ensure justice, humanity and self-reliance.”

“I’m fortunate that God gave me everything-fame, wealth, everything. I don’t need anything today, he gave me everything for which I am very thankful. Pakistan is only 5 years older than me, I’m from the 1st generation of country to be born after independence,” Khan said as per ANI.

“As a child, I remember Pakistan rising to the top. South Korea had come to Pakistan to learn how did we progress, Malaysian princes used to study with me in school…I’ve seen all this sinking, seen my country getting insulted,” PM Khan added.

Further, the Pakistan PM claimed in his address that a ‘foreign nation’ sent a message to them (Pakistan) that Imran Khan needs to be removed else Pakistan will “s oouffer consequences”. PM Khan and Foreign Minister Shah Mehmood Qureshi held an important meeting, which led to a delay in Khan’s address earlier scheduled for 7:15 pm, ANI cited Pakistan’s Dunya News as saying.

Imran Khan needs 172 votes in the lower house of 342 to save his government. Notably, Jamiat Ulema-i-Islam Fazl (JUI-F) chief Maulana Fazlur Rehman has claimed that the Opposition has the support of 175 lawmakers adding that Khan should resign.

Interestingly, no Pakistani PM has successfully completed a full five-year term in office nor has any PM been ousted through a no-confidence motion. Khan has become the third premier to face the challenge of a no-trust motion.

However, Khan’s ministers have asserted that he would fight until “the last ball of the last over”.