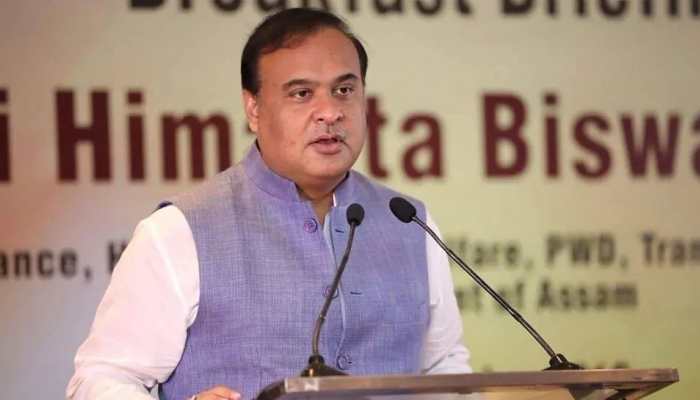 Guwahati: Assam Chief Minister Himanta Biswa Sarma on Wednesday said the state government is in favour of defining minority status to religious groups district-wise, instead of the existing norm of a nationwide declaration of minorities.

Sarma informed the Assembly that the state government will try to be a party to an ongoing case at the Supreme Court filed by advocate Ashwini Kumar Upadhyay seeking directions for framing of guidelines to identify minorities at the state level. “The government of Assam favours that minority definition should be changed district wise. However, it is under consideration of the Supreme Court and we will wait for the judgement,” he said.

Sarma said that the central government is also in favour of defining the minorities district and block-wise, considering their economic, educational, gender and other social parameters.

He said the Centre recently submitted an affidavit before the Supreme Court in the case filed by Ashwini Kumar Upadhyay stating that state governments can declare any religious or linguistic community, including Hindus, as a minority within the said state. The chief minister asserted that there is no definition of religious or linguistic minority in the Constitution, but it only spoke about the rights of the two forms of minorities.

Accepting Congress MLA Rakibul Hussain’s proposal that the state government should be a party to the case in the apex court, Sarma said he has spoken to Union Home Minister Amit Shah about this on Tuesday.

“I will try to make the government of Assam a party to the Ashwini Upadhyay case and present our views on defining the minorities district-wise. The case is on religious minority, not linguistic minority,” he added.

The chief minister said he is not interested in defining linguistic minorities as it is a “very sensitive” issue.

“Assam is progressing in recent times. I don’t want to open a faultline,” he said on the issue of defining linguistic minorities.

Sarma said that the Centre had enacted the National Commission for Minorities Act, 1992 and notified the Muslims, Christians, Parsis, Sikhs and Buddhists as minorities and also Jains at a later stage.

The chief minister claimed that the Supreme Court has stated that a community will be considered a minority if its language, culture and identity are threatened by another community.

“So in this scenario, we cannot directly call Muslims or Christians minorities. It will depend only on the situation and atmosphere of one state. It is an evolving situation,” he added.

On the issue of linguistic minorities, the chief minister gave examples from Assam.

Bengalis are not minorities in Barak valley and Dhubri district, but they are minorities in Dibrugarh and Upper Assam areas, he said.

“Likewise, there is a concept for the last 75 years that Muslims are the minorities. This is challenged. In Assam, they are no longer minorities in several districts. Now, Hindus can also be minorities in one state depending on the situation and threat perception,” he added.

According to the 2011 Census, Hindus comprise 61.47 per cent of Assam’s total population of 3.12 crore. Muslims constitute 34.22 per cent of the population and they are in majority in several districts. While Christians form 3.74 per cent of the total number of people in the state, the percentage of Sikhs, Buddhists and Jains is less than one per cent.

Asserting that it is an evolving and dynamic situation, Sarma said the state government is awaiting clarity on the subject from the Supreme Court.

“We hope that we will come to know who is the actual minority from the SC judgement,” he added.

The chief minister claimed that Babasaheb Ambedkar had said the status of religious and linguistic minorities would change state-wise, but he had left it vague in the Constitution.

Sarma was replying to an issue on the definition of minorities in Assam raised by BJP MLA Mrinal Saikia on March 21 during the ongoing Budget session.

Referring to ‘The Kashmir Files’, a Hindi film on the exodus of Kashmiri Pandits from the valley in 1990, Saikia had asked who is the minority in today’s time.