Urban polls for 80 municipal boards & Corporations will be held across Assam on March 6. With issuance of election notification by the Assam state election commission on Wednesday, the election process has kicked off with immediate enforcement of model code of conduct in the respective municipal board areas. The last date of nomination is February 15 In between 11:00 Am to 3:00 Pm. The state election commission has notified that scrutiny of nominations will be done on February 17, whereas February 20 is the last date for withdrawal of candidature. Counting of EVMs will be held on 9th March.

EVMs are going to be used for the first time ever in any local body elections in the state and the voting machines will be used in all the polling stations.

The proposed Silchar Municipal Corporation will include 12 gaon panchayats apart from the existing 28 wards, informed a source in the district administration. According to the proposal from the district administration, which had a detailed discussion on January 12, to the State government, the corporation area will have an expansion of almost 110 square kilometres covering the suburbs of the present town.

Only for Silchar Municipal Corporation (SMC), notification has not been issued as the subject of election to SMB is sub-judice in Guwahati High Court. There are 2,054 polling stations across municipal boards where elections will be held for 977 wards. Maximum 129 polling stations are Dibrugarh where the highest 1.7 lakh voters are registered to exercise their franchise.

The published electoral rolls for the municipal boards with respect to January 1, 2022 will be used for the municipal elections. In view of the COVID-19 situation, the state election commission has banned road shows, padayatras(Rally) along with cycle, motorcycle and vehicle rallies and processions in the towns where the elections will be held. State election commissioner Mr. Alok Kumar said till February 15, the commission will review COVID-19 situation. “If there is any change in the COVID-19 guidelines of the state government, we will accordingly review it. At a time, 15 persons or associates along with candidates can move in door-to-door campaigning,” said Kumar.

Kumar informed that like in the assembly polls and general elections, photo electoral rolls have also been readied for the urban elections. “In the voter lists, photographs with the name of the voters are there. This is to improve the transparency and reliability,” he added.

Minister Parimal Suklabaidya informed that the Deputy Commissioner would convene an all-party meeting and on the basis of the proposal, taken in the meeting, the expansion as well as delimitation would be finalized.

Meanwhile, Silchar MLA Deepayan Chakraborty said, Chief Minister Himanta Biswa Sarma and Guardian Minister Ashok Singhal took a leading role in the entire process. On the other hand, Congress, while welcoming the Cabinet decision, said that before finalizing the expanded map of the proposed corporation, the administration should have taken all the opposition parties into confidence.

According to Silchar municipal Corporation’s Expansion, the 12 GP areas which would be included are Ambicapur, Ghongoor, Meherpur, Tarapur, Srikona, Dudhpatil, Choto Dudhpatil, Machhughat, Rongpur, Ramnagar, Kanakpur and a part of Nagatilla. The present 28 ward Silchar town will now have 45 to 50 wards. Each ward will cover eight to ten thousand people. 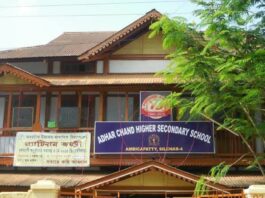 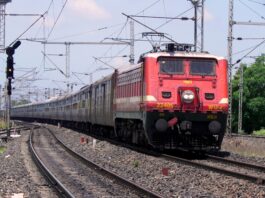