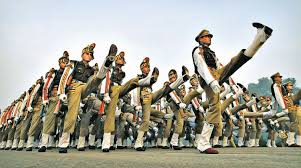 India is celebrating its 72nd Republic Day on Tuesday. Prime Minister Narendra Modi led the nation in paying tribute to the fallen soldiers by laying a wreath at the National War Memorial in the national capital on the occasion of Republic Day.

On the eve of Republic Day 2022 to Lieutenant Siddarth Sinha of Madras Engineer Regiment, Son of Shri Lakhikanta Sinha From Patharkandi, will be Fullfilling the Duty of “Commanding Officer” in republic Day Parade in New Delhi’s Rajpath. It is a Proud Moment for the People of Barak Valley and for Assam.