Union Ministry of Agriculture and Farmers Welfare celebrated World Coconut Day to commemorate the foundation day of the International Coconut Community (ICC), an intergovernmental organization of coconut producing countries under the aegis of the United Nations Economic and Social Commission for Asia and the Pacific (UN-ESCAP). The Chief Guest at the function, Union Minister of Agriculture and Farmers Welfare, Shri Narendra Singh Tomar said that India has made great progress in the field of coconut. India is at the fore in production and productivity and ranks third in the world.  The production of coconut in the country stood at 21207 million nuts during 2020-21, which is 34% of the global production.  The productivity is 9687 nuts per hectare, which is the highest in the world.  New coconut products and industries are growing, due to which farmers are getting employment.

The theme for the 23rd World Coconut Day celebrations this year is “Building a safe, inclusive resilient and sustainable coconut community amid Covid-19 pandemic and beyond”. Coconut Development Board celebrates Coconut Day every year to create increased awareness on the importance of coconut and focus national and international attention on coconut sector.

On the occasion, Union Minister Shri Tomar said that coconut has had a strong impact on the country’s economy.  He urged the farmers and entrepreneurs to take full advantage of the potential of the coconut sector. He assured that the Central Government is standing with farmers in their efforts.  The Minister said that with increasing the agriculture budget significantly, the benefit of MSP is being given to the farmers. Prime Minister is always thinking in the direction of increasing farmers’ income. Shri Tomar said that agricultural produce should be of quality and as per global standards, which will also increase exports.

Union Minister of State for Agriculture & Farmers Welfare, Sushri Shobha Karandlaje, said “since the farmers are small and marginal, the future of our domestic coconut industry lies in our ability to aggregate and pool farm level coconut production, take up processing and value addition for better income realization and give major thrust to product diversification and finding industrial utilization of various by-products and their value addition.”

Union Minister of State, Shri Kailash Choudhary said that as per the vision of Prime Minister Shri Narendra Modi, the government is also providing benefits to coconut growers to increase their income. The central government is dedicated to the farmers and the agriculture sector is the priority, that is why the agriculture budget has also been increased significantly.  A large number of farmers will also get facilities through Farmer Producer Organizations (FPOs).

Agriculture and Farmers Welfare Secretary Shri Sanjay Agarwal also addressed the function.  Joint Secretary and Chairman of Coconut Development Board Shri Rajbir Singh gave a presentation.  Other senior officers of the Ministry and Board, officers of various State Horticulture Missions and leading farmers participated in the function. A technical session was also organized for the coconut growing farmers. 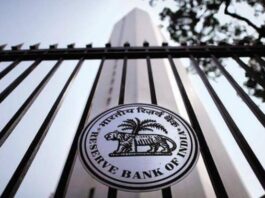